When an ordinary person is recognised at a young age for doing extraordinary things, it is easy to be misunderstood. Sasha,a musician in every sense of the word, may have fallen into that media led trap in the past, but now at 30 years young he forges ahead with projects that will finally allow people to understand who the man behind the myth really is.

The best DJs know that Djing is first about being able to read people and then about being able to tap into that human experience and take it on a journey. Sasha has always been noted for being a master at this, and although his style is described as “Progressive Trance” with a good presence of House and breakbeat elements; his music has always reached beyond those record store titles, thus separating him from his contemporaries. Sasha creates and plays music that gives emotion a chance to speak.

It is this universal appeal that he has tapped into that has established his strong fanbase around the globe. This ability to capture sounds on a universal level was most recently called upon when he was asked to write all the music for Sony Playstation¹s biggest game release of 1999, “Wipeout 3”. Sasha wrote 5 original tracks to soundscape the game. “Wipeout 3” won not only the best racing game award, but best game of the whole show. His special touch has also recently been called upon by The Chemical Brothers, who singled him out as the only artist asked to remix a track (“Out Of Control”) from their new album.

“I just dubbed it out to a style like I would play, the elements and sounds that the Chems used were so good that I didn’t want to change them at all”, Sasha reports on making the mix. Sasha’ resume of chart topping remixes also earned him a request from Madonna in 1998 when he was asked to remix “Ray Of Light” and “Substitute For Love/ Drowned World”. Do not be mistaken, this kind of recognition does not happen overnight. Born and raised in a small town in Wales, Sasha was exposed to Motown records when he was just a baby and it was in the home that his talent for playing the piano was developed.

His first exposure to house music was at Manchester’ Hacienda; just as dance music exploded into the summer of love. This impact encouraged his move from Wales to Manchester. His first exploration into Djing was when a DJ in a local pub announced he was looking for people to play club dates. Sasha volunteered and now says that he “had about 30 records and basically just blagged it”. After honing his deck technique, Sasha’ first big break came when he was offered a residency at Stokes legendary club Shelly¹s. When all the other DJ’ were playing US House, Sasha’ style was much more uplifting, and he encapsulated clubbers with his mixture of piano led Italian House whilst playing acapella tracks over the top. This combination alongside a wide variety of anthems kept dancefloors full and elevated Sasha to hero status. Shelly’s was the launch pad for the residency at Renaissance, where Sasha created his niche and helped forge a new style in UK house music.

At Renaissance two major things happened; Sasha mixed the first ever UK DJ mix album and he met John Digweed which cemented the partnership known as “Northern Exposure”. Over the past couple of years, Sasha and John have played together on five continents, have mixed 3 “Northern Exposure” albums which have sold to over 1 million people worldwide. This special brother like relationship that Sasha and Digweed have on the decks, is what landed them the monthly residency at New York¹s “Twilo”, following in the footsteps of Vasquez and Tenaglia. This residency has reached cult status in New York, and after going strong for over two years, it will continue well into the millennium.

Although Sasha has clearly reached a celebrity status, it¹s his generous personality, his love for his peers and of course his completely candid humour that has enabled him to maintain such a likeable high profile in the often-fickle world of club culture. Always one to share what comes his way, Sasha invited long time friend and collaborator BT to take part in what he called “one of the most amazing musical experiences in my life”. He is referring to his experience out at Peter Gabrielle¹s Real World studio in 1998 where Sasha explains in a mixer article, “we were in there for a week and we’re just going to do one track (during Real World¹s annual recording week where artists from all over the world are invited to Bath to record at the famous studios).

There were so many talented musicians around and the vibe down there was incredible. People were walking in, hitting things, strumming things, and slapping their goats! There were mad African people everywhere. We ended up recording five tracks and finishing four.

Since then of course, Sasha has gone from DJ to superstar status in America, where “Sarsha” is a household name for many teenagers and his and John’ residency has continued to provide the launchpad for British dance music into New York and beyond. The sound of Twilo: deep, pumping late night .h.o.u.s.e. is encapsulated on ‘Communicate’, Sasha and John’ joint mix album for INCredible.

Modern club anthems like Trancesetters ‘Roaches’ and Trisco’ Muzak all blended in the late night, early morning way that New York’ clubbers have come know and love. Earlier this year, a gruelling three month tour has taken their sound further out into deepest America, preaching a gospel of repetitive beats and imaginative mixing from coast to coast, and right through the midwestern heartland of the States. A punishing gig-a-night schedule that must make nights like the opening of Space in Ibiza in June seem like a holiday by comparison.

This summer has also seen Sasha move back into releasing his own music, collaborating with the former Underworld mainstay, DJ Darren Emerson on ‘Scorchio’. A fast, deep pulsing tech-house track with a cheeky hint of Latin summer carnival, ‘Scorchio’ sums up everything that’ best in Sasha’ music: deep, intelligent music that still retains a sense of fun and works best out in the middle of the sweaty dancefloor. For Sasha, music is his first love, and what gives him a buzz is being able to share his music with others. From his presence at those all too talked about after hour parties where his special impromptu sets are heard, to his signature always present childlike antics that leave people wondering if he has modelled his life after Peter Pan, to his DJ sets at clubs around the world, all lined with the backdrop of his own productions, Sasha leaves trails of memories, melodies and stories wherever he goes. These are the things that have been, and will continue to be remembered and passed on for years. And that is what legends are made of. 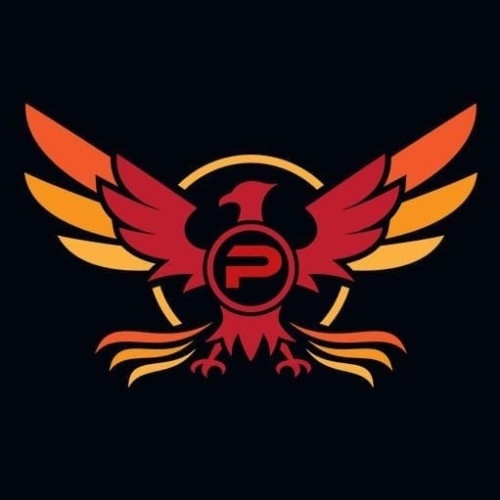